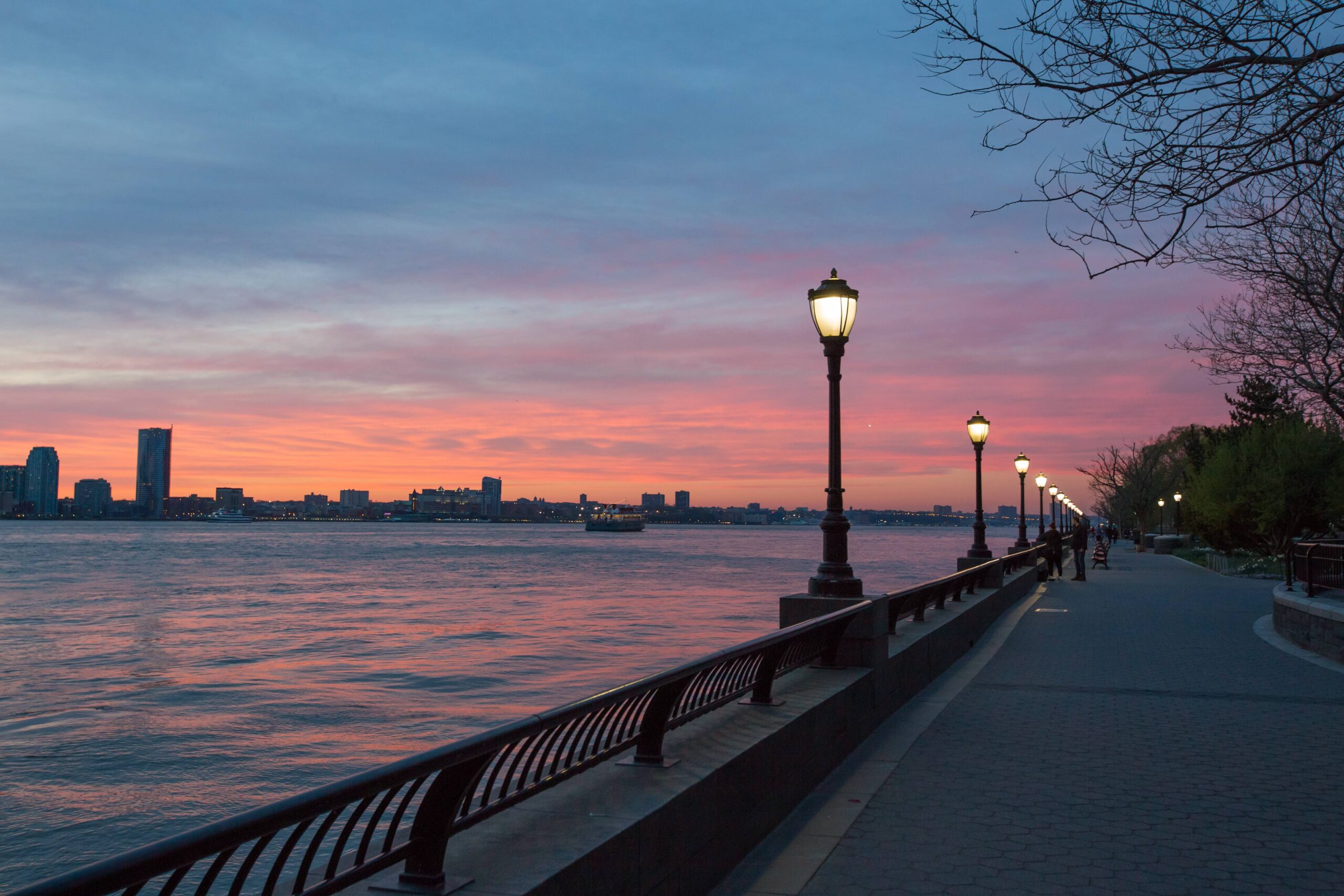 Battery Park City is a 92-acre man-made marvel of a neighborhood stolen from the clutches of the Hudson River. It’s one of the greenest neighborhoods in Manhattan, with eco-friendly buildings and over a third of the land dedicated to parks.

It’s a 92-acre piece of land at the southwest tip of Manhattan Island. The neighborhood is surrounded by water from three sides, though not enough to be called a peninsula in its own right. From the east side, the neighborhood is attached to the Financial District. The two are separated by West Street. To the North is TriBeCa.

If we discard its association with the Battery, the history of the neighborhood called Battery Park City doesn’t even stretch back a century. In 1968, Battery Park City Authority was created to expand the lower west side of Manhattan. The 70s were spent reclaiming 92 acres of land from the Hudson River on which a new neighborhood was to be developed. As per the 1979 master plan, which aimed to balance residential, commercial, and environmental aspects of the neighborhood, one-third of it is public parks.

The first residential complex (Gateway Plaza) was built in 1983, and from then on, the neighborhood saw a series of constructions and rapid development. Now, it’s home to 30 residential buildings and 10.7 million square feet of office space.

Battery Park City gets its name from what’s now called the Battery (its restored historical name) but was previously called the Battery Park up until 2015. The Dutch built a fort in that area and installed artillery batteries/gun batteries (a cluster of cannons) around 1683. The fort was later commandeered by the British and later by American troops and went through a series of names, and was even razed to the ground in 1788. But the installation of Batteries to defend the settlement behind the fort gave the area its name, which has lasted until now.

You can find amazing food establishments spread out across the length of Battery Park City. Some of them are:

What Is Battery Park City Known For?

Battery Park City has a population of about 16,000.