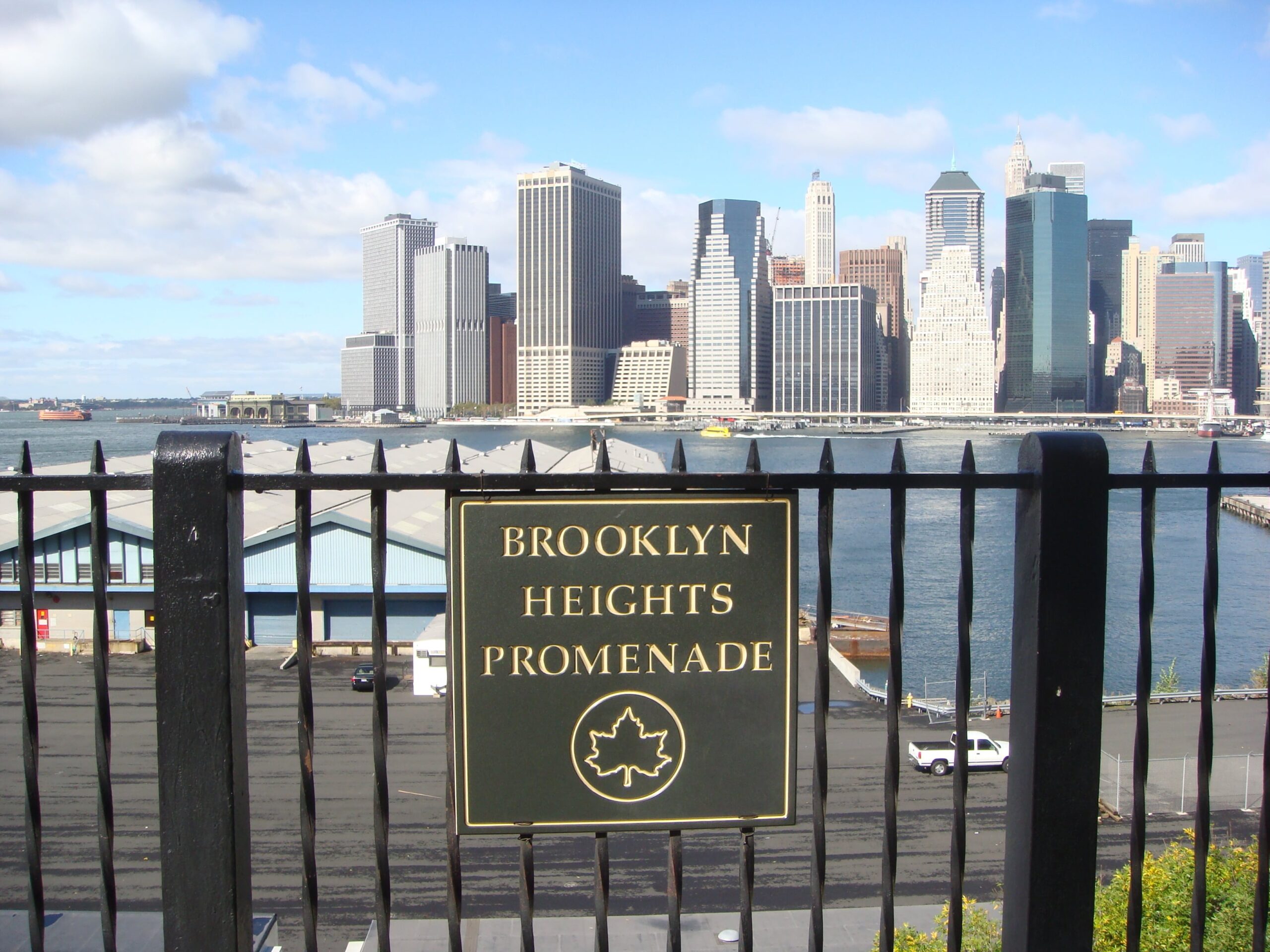 There are few neighborhoods in the city where history comes alive as well as it does in Brooklyn Heights – America’s first suburb, the first historic district in the city, and the birthplace of Brooklyn. Tree-lined streets, expensive brownstone homes, quiet serenity, churches, and private schools are just a few characteristics of this marvelous neighborhood.

Brooklyn Heights is separated from DUMBO on the Northern side by the Brooklyn Bridge. It borders Cobble Hill, Bridge Plaza, and East River on the other three sides.

Originally occupied by the native tribes of Lenape, it was occupied by the Dutch in the middle of the 17th century. The neighborhood played a key role during the revolutionary war since that’s where George Washington retreated from (to Manhattan) when the English overran the island. Even after the war, the neighborhood didn’t see much activity till ferries turned it into America’s first suburb in the 1830s.

Origin of the Name

Main Attractions of the Neighborhood

Colonie (127 Atlantic Ave): It’s a popular brunch destination, famous for its Italian selections. The mushroom plate is an all-around favorite. It’s a bar as well, but the food is a more prominent attraction than drinks.

Kogane (76 Henry St): It might not seem like it, but Kogane is one of the neighborhood’s top Japanese places. It’s most famous for its ramen, which is a bit different from what you might have eaten at more typical ramen places.

Table 87 (87 Atlantic Ave): If you are craving a classic coal-oven pizza or other Italian foods, this is the place to go. It’s one of Brooklyn’s finest Pizza establishments.

Henry’s End (72 Henry St): A name and address in one, this establishment is cherished for its locally sourced (farmer’s market) ingredients and its wild game menu.

Brooklyn Heights is home to a lot of prominent buildings. A few of them are:

St. Ann & the Holy Trinity Church (157 Montague St): It’s a historic Episcopal that was once the tallest structure in the neighborhood. The Gothic Revival building was completed in 1847.

Plymouth Church (57 Orange St): This 1850 church became quite famous thanks to the stance its pastor took in the abolitionist movement.

Boisselle House (24 Middagh St): It’s the oldest house in the neighborhood and stands at a very attractive location.

Leverich Towers (25 Clark St): The 16-story building was once a grand hotel in the neighborhood, and it’s now being converted into senior luxury housing.

The neighborhood is home to a number of great attractions for locals and tourists alike.

Brooklyn Heights Promenade (Montague St & Pierrepont Pl): You might surprise yourself with New York’s “quiet” beauty when you are standing on this 1,826-foot-long platform that offers an amazing view of the piers, Manhattan, and Statue of Liberty.

Brooklyn Bridge: The entryway to Brooklyn Heights (from Manhattan) is quite an attraction itself. Completed in 1883, it was the longest suspension bridge in the world at that time.

New York Transit Museum (99 Schermerhorn St): Subways are a part of NYC’s history and its evolution, and a museum dedicated to their history is definitely worth visiting.

The Brooklyn Cat Café (76 Montague St): While not as grand as Brooklyn Heights’ iconic attractions, NYC’s only non-profit cat café is a unique neighborhood attraction.

What Is Brooklyn Heights Known For?

As per the city, the collective population of Brooklyn Heights and Fort Greene is about 117,000. 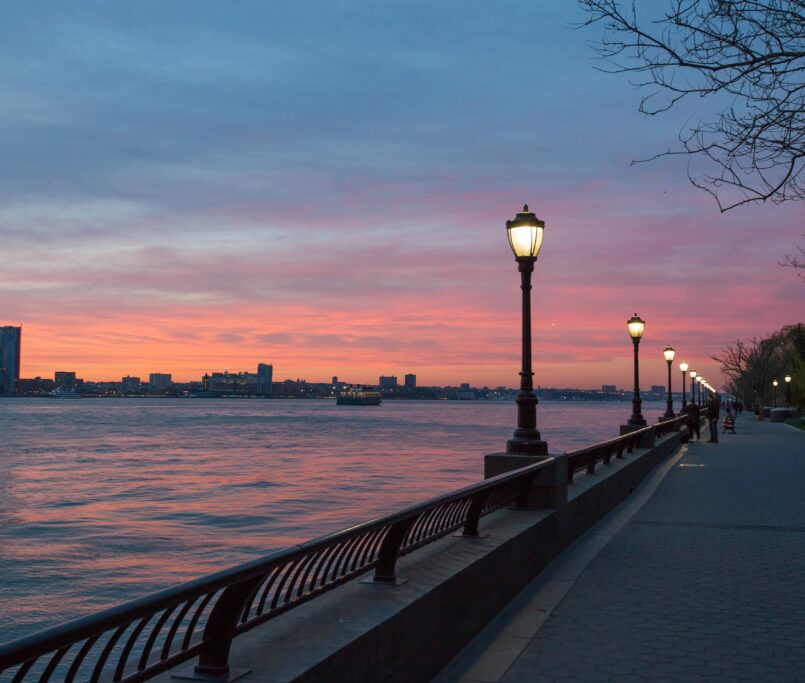