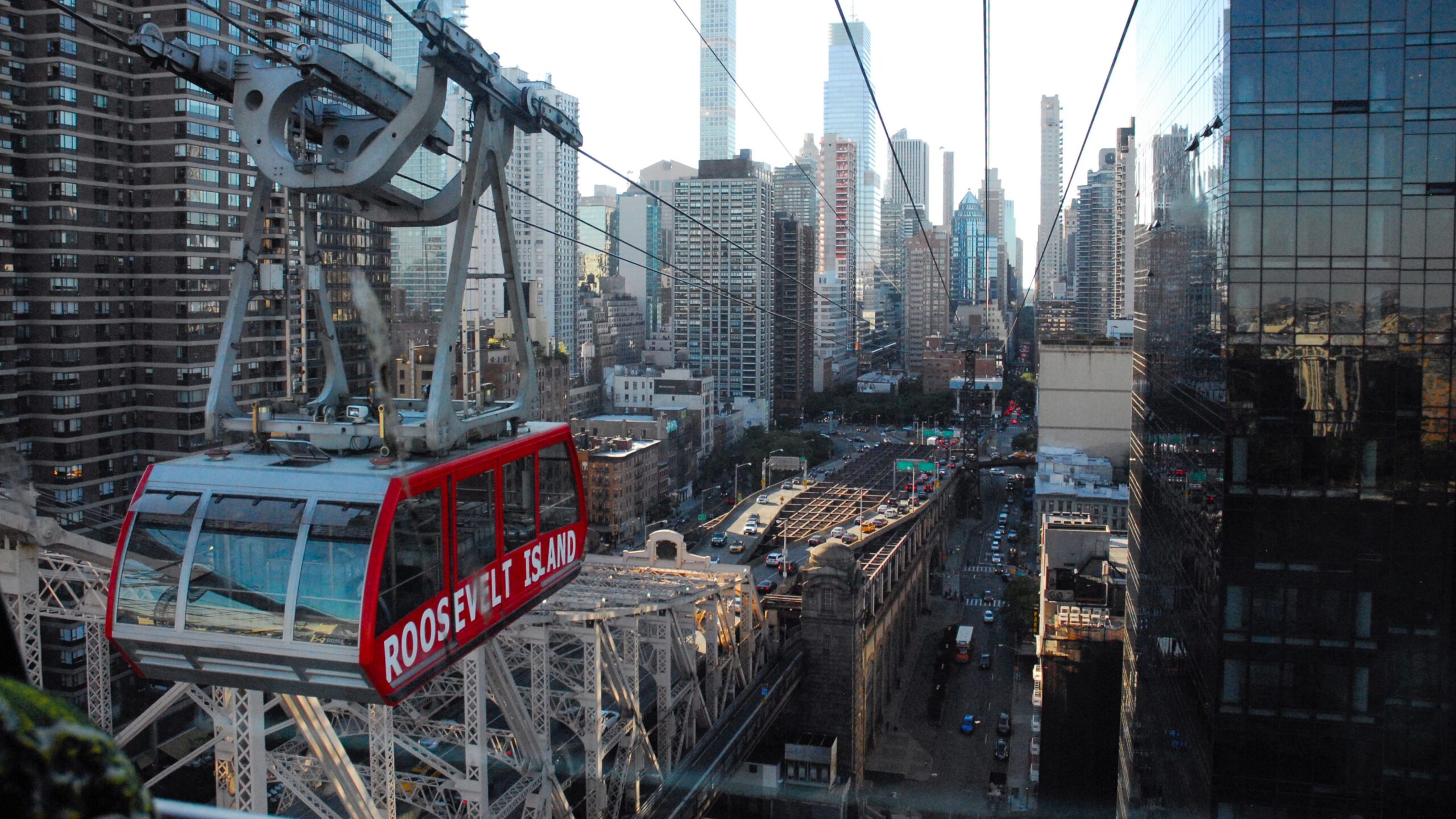 Roosevelt Island – A quiet and picturesque neighborhood with a fascinating history, it offers a unique combination of new development and preserved history.

Roosevelt Island has quite an interesting history. It was occupied by the natives for centuries, possibly millennia. The Dutch bought it in 1637 and used it for farming (prominently hogs). The island was acquired by an English owner (after the surrender), Captain John Manning, in 1666. After his death, it was passed on to his son-in-law, Robert Blackwell in 1686, and remained in the family line till it was purchased by New York City to create rehabilitation institutions.

In chronological order, a prison (1832), a lunatic asylum (1841), a hospital (1849), NYC’s first almshouses (charitable houses in 1850), a minimum-security workhouse (1850), and another hospital (1857) were built on the island. These historically significant constructions gave Roosevelt Island its “welfare” roots. It was also where the country’s first smallpox island was built. More hospitals were built on the island in the 19th century, but by the 1970s, the island started turning into a residential neighborhood of the city. It was connected to the subway in 1989.

In the last three decades, Roosevelt Island has seen major reforms, renovations, and new constructions. It also became the venue for some political events.

Roosevelt Island has seen several different names. The natives called it Minnehanonck, which either means Long Island (a comment on its geography) or “it’s nice to be on the island.” When the Dutch bought it from the natives, they named it Hogs Island (Varken Eylandt in Dutch) because it was used for farming hogs (among other food-related livestock). After the Dutch surrendered to the English, the island was bought by an English Captain who named it Manning Island after himself, and after his passing, it went to his son-in-law (via Manning’s step-daughter – as inheritance) and got the new name Blackwell Island.

The name stuck well after the island’s acquisition by the city and got its new name, Welfare Island, in 1921. Finally, in 1971, it got the name it still carries – Roosevelt Island.

Roosevelt Island is home to relatively few but good food establishments and bars.

Granny Annie’s Bar & Kitchen(425 Main St): An Irish bar and restaurant with a simple menu and a small but comprehensive drink collection.

NISI (549 Main St): The restaurant boasts a central location on the island and is well known for its great food, but the service doesn’t get a lot of positive light.

Piccolo Trattoria Ristorante Pizzeria (455 Main St): It can be considered the premier pizza place in the neighborhood. But it also offers a great view.

Panorama Room (22 N Loop Rd): It’s a beautiful place to eat and offers gorgeous views. It offers oysters and small plates (Seafood), but more people come here for the view than for the food.

The island’s history can be experienced through some of its iconic buildings and main attractions.

Blackwell (House500 Main St): It was built in 1796 by the great-grandson of the individual for whom the island was named. It’s one of the few buildings from the 18th century to survive.

The Octagon (888 Main St): It’s an impressive 1834 octagonal building that once marked the entrance to the island’s lunatic asylum and is now part of the apartment building entrance.

Strecker Memorial Laboratory (Southpoint Park): This building has an important place, not just in the island’s history but scientific history as well. It was built as the first institution of its kind (pathological and bacteriological research) in 1892 in the country and was associated with the City Hospital.

Chapel of the Good Shepherd (543 Main St): It’s a beautiful Episcopal church that was built in 1888.

Some major attractions of the neighborhood include:

Smallpox Memorial Hospital (E Rd): It was built in 1856 and was the first hospital dedicated to smallpox patients in the country. It later became a maternity and charity hospital training school. It’s one of the landmarked ruins in the neighborhood.

Roosevelt Island Tramway (E 60 St &2 Av): The tramway was originally established as a temporary connection between the island and the Upper East Side neighborhood in Manhattan, but even after the subway, the tramway just stayed there. It was the first aerial tramway in the US when it was established in 1976.

What Is Roosevelt Island Known For?

Relatively recent estimates put the population of this NYC neighborhood at 14,000.

Roosevelt Island has NYC’s only and one of the largest pneumatic garbage collection systems in the world.