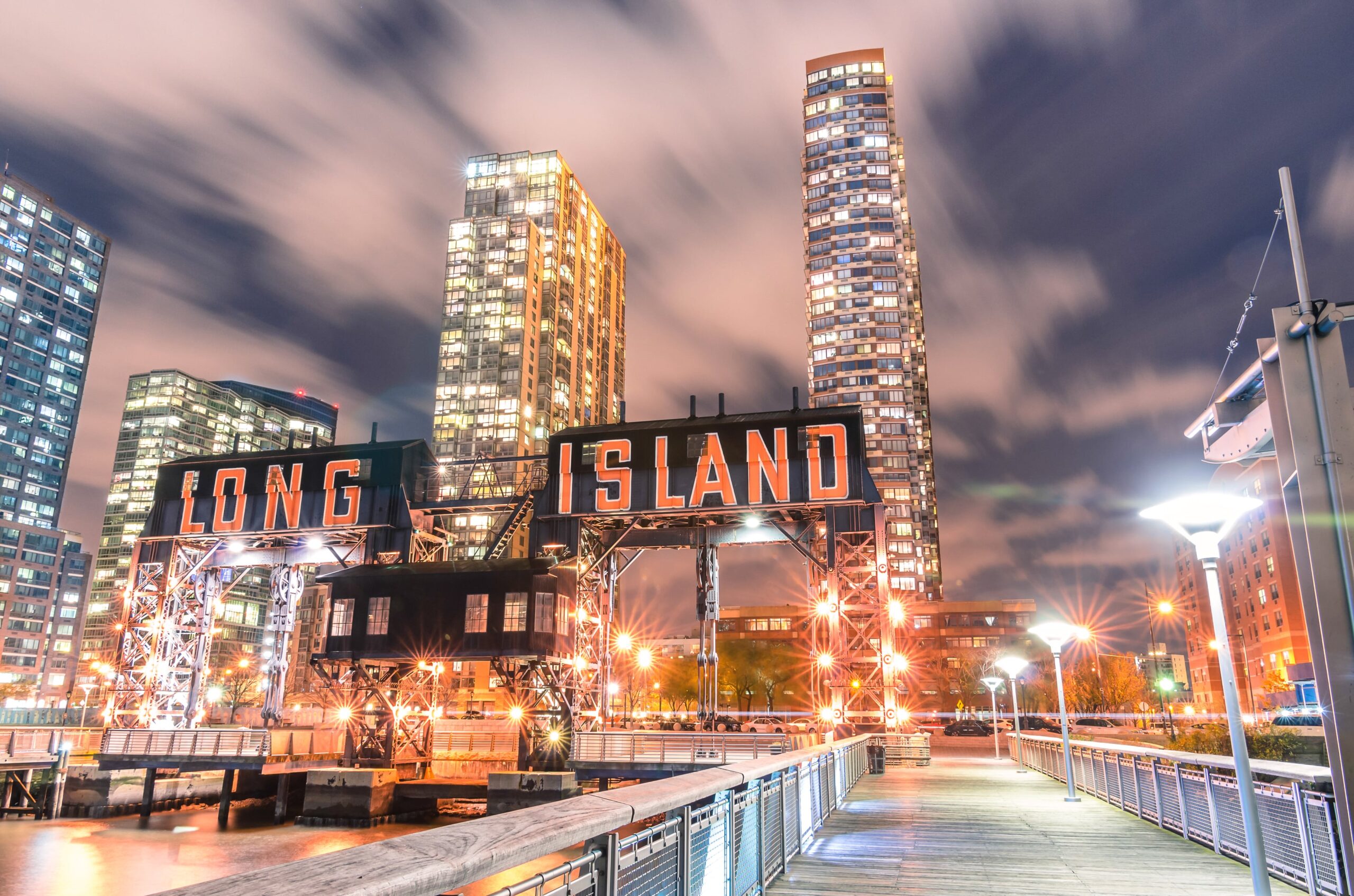 “A city within a city” – While it doesn’t accurately describe Long Island City, a neighborhood tucked away in the corner of Queens borough, it does point to the independent municipality origins of the neighborhood. It’s also a 541-acre piece of land that’s often confused with an island that’s over 1,600 times its size and contains four counties (Long Island: 880,000 – acres).

Long Island City is a neighborhood in the Queens Borough. On land, it’s bordered by Astoria Skillman Avenue. The other two sides are covered by the East River and Newtown Creek.

The neighborhood, which we now call Long Island City, was originally populated by Mespachtes Indians. Then came the Dutch, who farmed the land in the 1640s, and merely a couple of decades later, the English replaced the Dutch. The area started seeing a lot of activity thanks to ferries in the 1800s that offered easy travel through water routes. Long Island Rail Road (LIRR), established in 1861, added to the activity.

Long Island City became an actual city and the seat of Queens County in 1870, thanks to a merger of the village of Astoria with several neighboring areas. In 1898, it became part of Greater New York City and was further connected to it by Queensborough Bridge (1909) and Hellgate bridge in 1916. The neighborhood’s industrial decline and subsequent residential revitalization were in the 70s and 90s, respectively.

The history of Long Island City’s name can be traced back to a newspaper in 1965. That newspaper was named Long Island City Star and Newtown Advertiser in what was then Newtown. The newspaper started campaigning for Newtown to be merged with the neighboring village of Astoria and other areas, including Sunnyside, Dutch Kills, and Hunters Point. Basically, it was a campaign to get unified with Western Queens to create a new city. It succeeded in 1970, and the newly created city landed the name New Island City.

Long Island City is home to a number of amazing food establishments and bars:

What Is Long Island City Known For?

Long Island City is known for its beautiful view of Manhattan (from many of its high rises) and its diverse culture. The neighborhood has its fair share of public art projects and street art. The city is also known for its selection of restaurants and cafes.

The total population of Long Island City is about 63,000 . As per NYC Department Of City Planning records, the population in Long-Island City-Hunters Point was 32,216 in 2020, a significant growth from the 2010s 10,815 population. A 2018 community health profile report puts the collective population of North Island City and Astoria at 199,969.