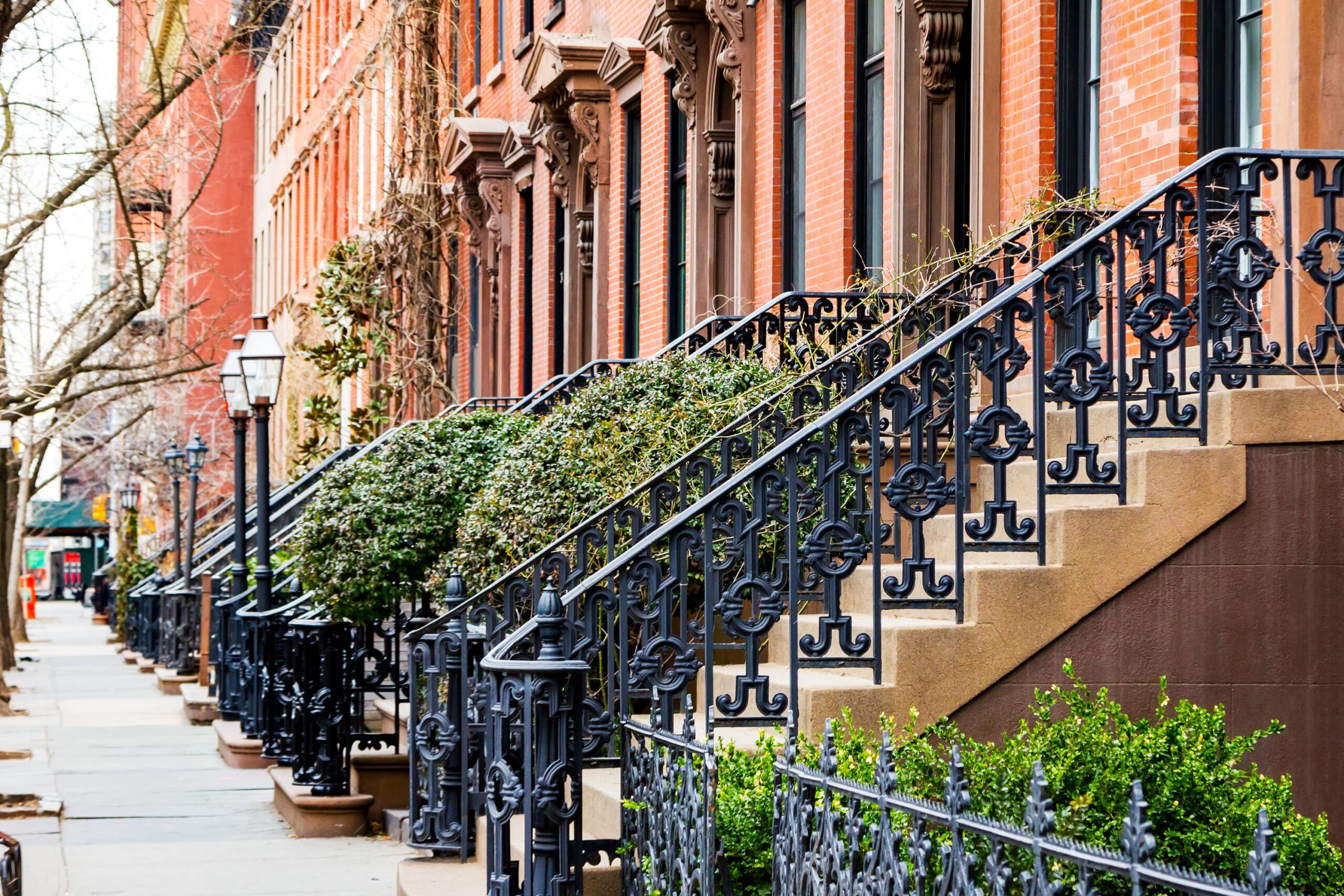 Beautiful quiet streets, elegant brownstones, and mixed history – These things define West Village, which has managed to create an identity for itself apart from the greater Greenwich Village. The community hasn’t forgotten its Bohemian roots, and the non-conformity is still in the air.

West Village is connected to the Hudson River Greenway (or Hudson River) on the West Side. On the North, there is Chelsea (boundary marked by 14th Street). The Eastern border is 6th Avenue. However, this line is a bit fuzzy because some people put this eastern boundary of West Village on Greenwich Avenue/7th Avenue. In the South, it has Hudson Square for a neighbor, but the boundary is, again, a bit confusing. Some end it at Clarkson Street, while other sources consider W Houston Street and the area between the two as part of the West Village.

The history of the neighborhood we now call West Village (also called Far West Village in the past) is inseparably intertwined with the history of Greenwich Village. It was well-known by the natives (though not the part currently in West Village) and was colonized by the Dutch in the 1630s, who cleared the pastures and planted crops. Then came the English in 1664, who named it “Grin’wich.” Since it was considered a farmland suburb, it remained mostly unscathed during the revolutionary war.

The neighborhood saw affluent residents in the early 1800s and immigration in the latter half of the century. The neighborhood’s own history has split geography. The eastern side of the neighborhood (from Hudson Street) has more historic roots, while the west side saw development in the 80s. However, it’s the western part that’s home to two of the three major historic districts of Greenwich Village as a whole, while the eastern part just overlaps with the broader Greenwich Village Historic District.

West Village has the honor of being the center of the Bohemian lifestyle during the twentieth century. The Stonewall Inn, which became the site of the Stonewall riots, was a major turning point in the gay liberation movement in the states. It was also home to Café Society, the first racially integrated nightclub in the country, which was open between 1938 and 1948.

The neighborhood is known for its vibrant nightlife and several amazing food establishments.

What Is West Village Known For?

The official stats put the population of a larger area: Greenwich Village and SoHo at 91,368. West Village population is a fraction of it, and multiple sources place it somewhere between 22,000 and 31,000.

It’s also home to the narrowest building in New York (75½ Bedford St), built in 1873, is also one of the few NYC buildings with a fractional address. It was made by filling in the carriage passage between the neighboring houses. It’s just 9 and a half feet wide and was home to some famous New Yorkers.